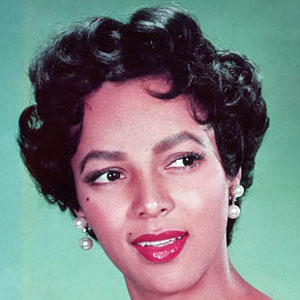 The stars of the silver screen continued with their strong influence on the masses. Leading ladies like Grace Kelly, Audrey Hepburn, Marilyn Monroe, Dorothy Dandridge, Doris Day and Elizabeth Taylor had an enormous impact on styles. Likewise, Betty Grable and swimmer Esther Williams were influential, being two of the biggest box office draws of the 1950s.

Television broadcasts had resumed in the UK after total suspension during WWII. By by the early 1950s most of the country could now pick up a TV signal, thanks to a post-war effort to increase signal coverage. This, along with Queen Elizabeth’s coronation in 1953, resulted in a sharp increase in TV ownership during the 1950s.

Watching TV was fast becoming a popular pastime for all the family – and the variety of shows brought new ideas and influence to the masses. In addition, early 1950s TV was predominantly live and some adverts were no different!

Following on from wartime restrictions, where many products were simply not available, rationing was now over and the cosmetic market bloomed. Moreover, products were a better quality and new colours became available.

The luxury cosmetic market took off, led by fierce opponents Helena Rubinstein and Elizabeth Arden. Not only did they sell makeup, they had a vast range of skin care preparations with exotic and expensively-priced ingredients.

Max Factor was still the leader in invention and made products everyday women wanted to use, inspired by the actresses who also wore Max Factor off screen. For example, in 1953 Max Factor introduced Creme Puff – the first all-in-one base and powder. They also launch the first retail concealer in 1954, a flesh-coloured stick called Erace.

In 1952, Boots relaunched its No. 7 range, which had almost disappeared during the war. The black and gold packaging was influenced by Hollywood.

Avon came calling round at people’s homes to demonstrate and sell their cosmetic products.

The 1950s saw the emergence of the teenager as an independently recognised consumer group with spending power. Basically, young people now had disposable income – be it through jobs or their weekly allowance. Subsequently, this money could be spent on whatever they liked. Of course, the cosmetic brands recognised this and set about getting some of that money.

Products were marketed specifically to this new consumer group with glee. For instance, skin care products aimed at “teenage problems” like acne became more common. A teenage girl wearing some makeup became more acceptable during the ’50s, potentially a right of passage into womanhood. Teen girls mainly wore basics like lipstick and nail varnish, rather than a full face of makeup.

Along with the cosmetic brands, publishers also recognised this new buying force and new magazines for teenagers sprung up. Articles focused on fashion, home life, advice, looks and popularity, with adverts completing the pages.

The classic 1950s makeup look consisted of strong and full lips, with obviously made-up, yet elegant eyes. Emphasising eyes, while retaining a “natural glamour”, was key. Eyeliner and mascara were used to create the main definition to the eyes, and one shade of eyeshadow was worn on the upper eyelids.

Brows were arched and strong, and pencilled-in to define shape and frame the eyes. Rouge was worn sparingly, a mere hint to add a soft warmth to the face, and is not a main feature of 1950s makeup. 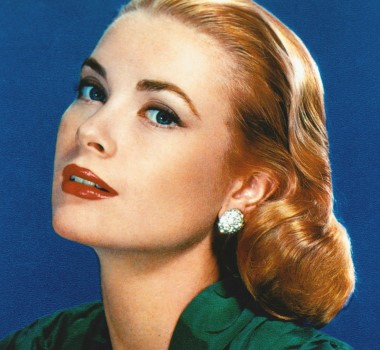 Eyebrows were arched, with brow pencil being used to fill in and define the shape. Furthermore, the ends of the brows could also be extended with the pencil.

The fashionable 1950s brow consisted of a strong arch and a decent thickness that tapered out at the ends. The thickness varied from medium to very thick, but skinny brows were definitely no longer in.

A black line along the upper lash line with a little outward flick was the fashionable fifties look throughout the decade.

The “doe-eyed look” started in the late 1940s and continued into the early 1950s, which saw eyeliner used on the upper and lower lash lines. By the mid-1950s, this had turned more into a “cat eye“, with its outward flick on the upper lash line. The flick varied from long and extended to just there – it all depended on the wearer.

As emphasising the eyes was back in fashion, liner pencils could be found in various colours, including the basic black, brown and grey to the more trendy blues, greens and purples.

Eyeshadow came in an array of matt colours, including shades of grey, brown, blue, green and violet.

Application was quite minimal and generally only one colour was used on the upper eyelid. It was applied with a pinky finger and blended out from the ends of the eyelid, going up towards the brow creating a winged look. On the other hand, intense colour was not applied right under the brow.

By the late 1950s, a shimmering lustre could be added to makeup via a substance called guanine, which came from fish scales and guano.

Foundation would always be worn and the colour was matched to the natural skin colour as much as possible, rather than trying to look tanned. Products tended to be slightly warm in colour, with a pink or peach base.

Foundation came in liquid, cream and cake formulations. Pan-Cake, the Max Factor staple, was as popular as ever in the 1950s, selling tens of millions throughout the decade. In addition, the 1953 introduction of Creme Puff was very successful, offering women an easy way to apply foundation and powder all in one go.

Powder was used to set the foundation, and to keep shine at bay. It was pressed in all over the face with a powder puff, and a “face powder brush” or cotton pad would be used to brush away the excess.

Lips were a strong element of a 1950s makeup, with a red shade being the predominant lipstick colour choice. Even then, red lipstick came in many shades, from the deeper blue-based colours right through to the lighter orange-based colours. Pinks and coral colours were also worn.

Lipsticks were matte and applied to create a full mouth. After application, lips were pressed together and then blotted with a tissue before applying the final layer. A little face powder could be used to set the lipstick after the first application. If a sheen was wanted, it could be added with lip pomade, Vaseline or by simply licking the lips.

The first long-lasting lipstick was introduced to consumers in 1950. No-Smear Lipstick was invented and manufactured by American chemist, Hazel Bishop, and sales were nothing short of phenomenal, from a mere $50k in 1950 to over $10 million in 1953.

Block mascara was still used and needed activating with a little warm water. However, most women would simply spit onto the block and mix with the little brush to create a liquid paste.

Creamy mascara in a tube with a wand appeared in the 1950s. Both Helena Rubinstein and Max Factor laid claim to being the creator of the new wand application. Either way, it was the beginning of the wand mascaras rise.

Manufacturers co-ordinated their nail enamel colours with their lipsticks, so reds, pinks and corals were popular colours. Clear nail polish was an option too.

Rouge was used sparingly and is not a prominent feature of 1950s makeup. It came in colours of soft pinks, reds and corals.

Rouge was often used to warm up the face, not just on the cheeks, but around the temples and forehead and so on, to add a “soft warm glow”.

It was also used to gently contour the face. An oval face was considered to be the “perfect face shape”, so rouge was used to make other face shapes look as oval as possible.

Peiss, K. (2011). Hope In A Jar: The Making of America’s Beauty Culture. First University of Pennsylvania.