Home » What is Prosthetic Makeup?

What is Prosthetic Makeup? 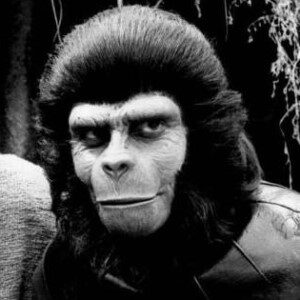 Prosthetic makeup is a specialist field of makeup artistry. It is used to create a variety of enhanced three-dimensional character looks and effects, from ageing and injuries to all sorts of creatures. These effects can be subtle or create a major impact by really changing a character’s appearance. This post looks at what prosthetic makeup is, with an overview of how prosthetic appliances are made.

What Does Prosthetic Makeup Involve?

Prosthetic makeup is a highly skilled and complex discipline. In brief, it is the process of making and using prosthetic pieces – known as “appliances”. These pieces are stuck to an actor’s skin to create enhanced makeup effects, such as ageing or injuries. Appliances can be made from several suitable materials, including gelatine, silicone and foam latex.

Prosthetic makeup includes everything, from designing the look and making the appliance, to using it on the actor.

Prosthetic makeup often comes under the term “special effects (SFX) makeup”. However, this is a broad term that is used to cover any makeup technique that creates injuries, ageing, creatures or other such effects. Whatever term is used, prosthetic makeup always involves the creating of appliances, which are subsequently glued to an actor’s skin.

What Does a Prosthetic Artist Do?

The prosthetic artist will be on set to apply and colour larger and more complex designs, as well as being there to remove it all at the end of the day. However, smaller and more simple pieces (like small scars or cuts) may be made by a prosthetic artist, but sent to the production for the makeup team to then apply on set.

A prosthetic artist will largely be based in a workshop, be it at home or in a business premise. They could work alone, freelance or be permanently employed as part of a larger team.

What Can You Achieve With Prosthetic Makeup?

Anything you want really! Prosthetic makeup is commonly used in TV and film productions to:

How a Prosthetic Appliance is Made

It is possible to purchase moulds online or from specialist makeup suppliers that allow you to make simple prosthetic appliances at home or on set. These tend to be for small and less complicated effects like scars and wounds. They are perfectly fine for many uses and can be quite handy to have in a kit.

However, for more unique and complex creations, it is better to have them made specifically to fit the actor that is going to have to wear it. It is this process we are going to take a quick overview of here. Some of the steps can be slightly different, all depending on what materials are used to cast and mould. Likewise, it depends on how the artist prefers to do these things, but the general overall process is similar.

It all starts with the script and the director’s vision. For the most part, this is what all makeup and hair designs are based on. The actor may also have an input into their character’s appearance.

Ultimately, the prosthetic artist will liaise with all relevant parties to create their designs. This could be done using a combination of drawing skills and computer programmes (like Z-Brush, Substance Painter, Maya, Adobe CC and GIMP). In addition, miniatures – called maquettes – can be sculpted to test forms and ideas without the time and expense of a full-scale model. Even 3D printers and scanning technologies are used nowadays to put a design idea into form.

This is essentially a two-part process, which results in having a realistic three-dimensional “positive mould” of the actor’s body part onto which you can sculpt the design.

The first part of the process involves taking a life cast of the actor’s body part where the prosthetic will be applied. After the skin and hair is prepped to prevent sticking, special alginate or silicone products are smoothed onto the skin. They are used as they are non-toxic, do not burn and get into all the skin’s nooks and crannies. Never use plaster direct on skin – it will cause serious burns!

Once this soft layer is set, plaster bandages are gently smoothed over the top to give the life cast a more solid and rigid structure. As soon as the bandages have gone off, the life cast is carefully peeled off the actor.

While this cast creates a 3D exact replica of the body part it is, however, an “inside out” version, called a “negative”. So the second part of the process involves creating the “positive” mould. This is done by filling the negative mould with a suitable material like plaster of Paris or epoxy resin. Once set, it is turned out to create the positive mould on which the sculpt takes place, though it may need a little “cleaning up” before this process can begin.

A “master cast” can also be created to use again and again, as some casting materials have a limited number of times that a mould can be taken from it.

The design is created in clay using sculpting techniques. In particular, Chavant clay products and Monster Clay are popular types of clay to use, as they don’t shrink or dry out, making it great for the fine detail and thin edges required.

Using their hands, fingers and various tools, the prosthetic artist presses the clay onto the positive life cast mould and sculpts the contours, profile, textures and all the fine details (like pores, veins and wrinkles) of the design in the clay. Because it is hand-crafted to such detail, this can take a while to complete, depending on the size and complexity of the overall final look.

The edges of the sculpt are blended away to an appropriate thickness. This depends where on the skin it will be and how much of it will be visible. Ultimately, incredibly fine and thin edges are essential for blending the appliance into the skin where it will be on camera, as a thick edge leaves a hard and very noticeable line.

This stage creates the negative mould of the sculpt. Subsequently, this mould is used in conjunction with the positive life cast mould already made to create the complete appliance mould. Moulds can be made in various ways, some of which depends on what material the appliance will be made from.

Whatever the method, mould “keys” are useful in ensuring the two moulds line up precisely. They can be an indentation or protrusion on the positive mould (the one with the sculpt) that will be mirrored on the negative mould about to be made. As a result, the two halves should line up perfectly.

Once the negative mould is completed, everything needs to be fully cleaned of the sculpting clay. Therefore, when the negative sculpt mould is placed onto the positive life cast (using the keys to line it up properly), there will a gap between the two moulds. The gap is basically where the clay sculpt was.

Prior to pouring any material into the moulds, a release agent is applied. This allows the prosthetic artist to remove the appliance easily from the moulds. The two moulds are then clamped or bolted together to create a really tight bond – those thin edges, so carefully sculpted, can be lost if the bond is not tight enough! Prosthetic appliance material is then poured or injected into the gap between two moulds and left to set. One set, the moulds are unclamped, and the appliance is removed and cleaned up.

Before the actor arrives, as with any makeup, everything needed should be clean and set out in an orderly fashion. Furthermore, the makeup area must be prepped for the actor to be as comfortable as possible – they may have to sit for a long time while the prosthetics are applied.

Before any adhesive is used, the appliance is offered to the area it will be used to make sure the final positioning is correct and understood.

Special adhesives are used for sticking down appliances onto skin. Products include Pros-Aide, Telesis, ProBond and Snappy G. The right adhesive should be used for the material that the appliance is made of – for example, Telesis and Snappy make glues specifically for silicone appliances.

Always follow the manufacturer’s guidance on the correct use and application. However, one thing they all have in common is that the adhesive must be allowed to dry off and become tacky before pressing the appliance onto the skin. When the glue is tacky it will bond so much better. Simply put, wet glue will not stick!

The appliance is glued from its middle outwards to the edges, which are the last aspect of the appliance to glue down. Everything is pressed into place, making sure contours and curves are stuck down correctly with no bubbles or gaps.  Obviously, the actor has to be able to move in their “second skin” and a poorly applied appliance could restrict their movement unneccessarily.

3. Blend Away the Edges

Once the appliance is glued down, the thin edges can be blended away into the actor’s skin. The right liquid product needs to be used on the material the appliance is made from. For example, witch hazel will melt away gelatine edges and acetone will melt away silicone. A cotton bud soaked in the liquid is the common way to do this.

A loose powder is gently patted/rolled over the appliance to remove any tackiness and the excess powder is brushed away.

The process of colouring and creating the right sheen brings the appliance to life. Specialist makeup products are used for colouring appliances, such as Skin Illustrator. Likewise, PAX paint is great for foam latex.

Various skills are needed to get the colour application right and to disguise the edge of the appliance. For example, appliances that are to blend into the actor’s natural skin, an understanding of skin tone, colour theory and a good eye for colour is essential. For injuries, an understanding of how that type of injury looks is important. An eye for the little details and being able to create life in a prosthetic makeup are all valuable skills.

Of course, between step 4 and getting to the removal stage is a whole heap of filming, which involves things like maintenance and continuity. We are jumping to the final stage of the whole process, namely removing the appliance from the actor.

The correct adhesive remover is used to remove the appliance, with a brush being worked carefully under the appliance. Some appliance material peels off quite easily. Removers include Super Solv, ProsAide Remover, Ben Nye Remove It All and ProClean.

The skin will also need a thorough but gentle cleanse and moisturise to keep it in good condition. Wearing a prosthetic appliance day in day out in filming conditions means the skin – and your actor – needs to be looked after. 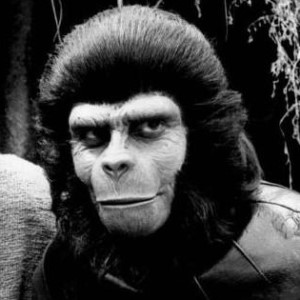